The second day of Nationals was an "All Kiran Day". She first raced in the Junior A single event and then at the end of the day on the Open Women's Dash. The Junior A single was a four boat heat and it was top two to qualify. Kiran had raced against two of the girls already at Independence Day where they had been faster but we thought this would be a faster day. Howeverafter the twenty when Kiran settled, the other girl didn't and Kiran found herself a length behind in third place. It messed up her plan since she was expecting a fast start herself and gradually her splits came down. She finished in third. In the evening, she raced against Reddick and Sarbanis who had won US Nationals last year. She did well by staying a lot closer than in the heat. She finished 5th our of the six boats in the semi. However, just being in the same race as those two women was pretty cool by itself.
Next week the girls race at the Youth Regatta in Philly.
Read More 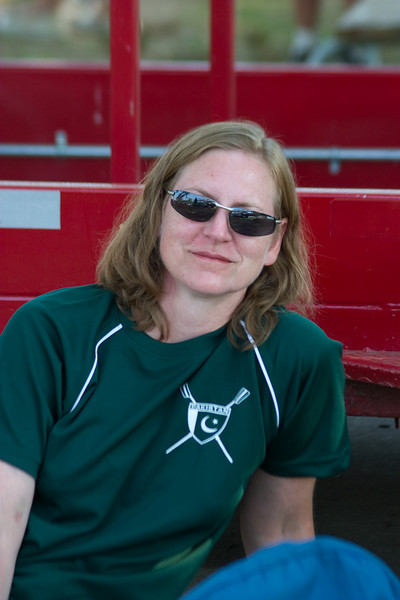 Linda at the trailer.